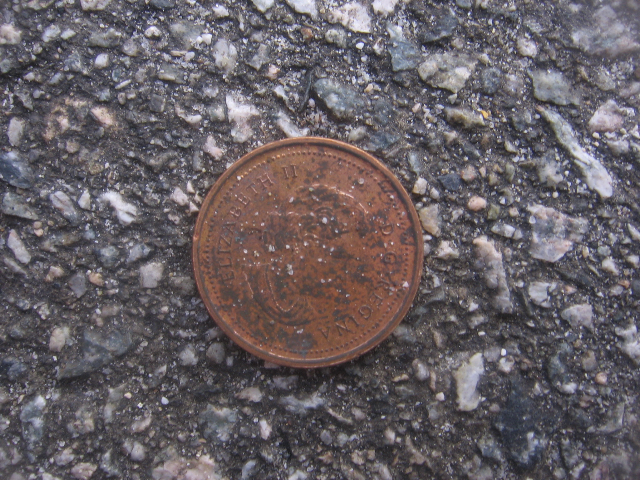 “When I was six or seven years old, growing up in Pittsburgh, I used to take a precious penny of my own and hide it for someone else to find. It was a curious compulsion; sadly, I’ve never been seized by it since. For some reason I always ‘hid’ the penny along the same stretch of sidewalk up the street. I would cradle it at the roots of a sycamore, say, or in a hole left by a chipped-off piece of sidewalk. Then I would take a piece of chalk and, starting at either end of the block, draw huge arrows leading up to the penny from both directions. After I learned to write I labeled the arrow: SURPRISE AHEAD or MONEY THIS WAY. I was greatly excited, during all this arrow drawing, at the thought of the first lucky passerby who would receive in this way, regardless of merit, a free gift from the universe. But I never lurked about. I would go straight home and not give the matter another thought until some months later, I would be gripped by the impulse to hide another penny.

It is still the first week in January, and I’ve got great plans. I’ve been thinking about seeing. There are lots of things to see, unwrapped gifts and free surprises. The world is fairly studded and strewn with pennies cast broadside from a generous hand.

But–and this is the point–who gets excited by a mere penny? If you follow one arrow, if you crouch motionless on a bank to watch a tremulous ripple thrill on the water and are rewarded by the sight of a muskrat kit paddling from its den, will you count that sight a chip of copper only, and go your rueful way? It is dire poverty indeed when a man is so malnourished and fatigued that he won’t stoop to pick up a penny. But if you cultivate a healthy poverty and simplicity, so that finding a penny will literally make your day, then, since the world is in fact planted in pennies, you have with your poverty bought a lifetime of days. It is that simple. What you see is what you get.” Â (Annie Dillard , Pilgrim at Tinker Creek)

Come join us as we take some time each Sunday to share with each other the surprising, small ways in which God has shown us that he loves us and is with us; or, add your own account of your pennies, your experiences of bumping into God’s presence in the ordinariness of your life routine on our blog. Just enter your thoughts in the comments.