This coming September, we will be welcoming Rev. Anne Smith as pastor of the Church at Southpoint. Anne’s first Sunday will be September 18th, 2011. Anne comes to us with her husband, Craig, and two children, Adam and Johanna,Â from Sterling Kansas, where she served as Chaplain at Sterling College. Please pray for the Smiths as they uproot their lives and pursue a new calling and story in South Surrey, British Columbia.

A little more about Anne: 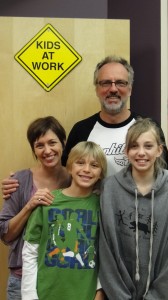 Anne graduated from Wheaton College with a major in the Social Sciences, a minor in history, and a concentration in the Human Need and Global Resources program. To fulfill this degree, she lived and worked for 7 months in a squatter community in Manila and worked for the Institute for the Studies of Asian Church and Culture. Anne graduated with a Masters of Divinity from Eastern Baptist Theological Seminary. While in Philadelphia, Anne completed 3 hospital chaplaincy internships and worked for two churches in the Philadelphia area. Anne left Philadelphia to become the Associate Pastor of the Union Church of Manila, an international, interdenominational congregation in the Philippines.

During her years in Manila, Anne provided pastoral care to the staff of Precious Jewels Ministry, a ministry to children in squatter communities and AIDS wards. She also taught classes in Spiritual Formation at Asian Biblical Seminary, led retreats for mission organizations, and last but not least, met her husband-to-be, Craig Smith, a Professor at ABS. In 1997 Craig and Anne moved to England for Craig to pursue a Ph.D in Biblical Studies. During the next 5 years, Anne took a sabbatical from formal ministry to raise her two children. During these years, she received formal training as a spiritual director. When her children started school, Anne began to teach Spiritual Formation at Trinity College in Bristol. Anne and Craig have led numerous retreats in England, North America, and Asia.

Most recently, Anne served as Chaplain at Sterling College. Her main responsibility was to provide leadership and oversight for the chapel program. Anne loved doing pottery in the art department, finding creative ways of doing things, sharing meals with friends and family, and being outdoors.