The Church at Southpoint
No Comments

New Service Time!!
Starting October 15th – the week after Thanksgiving, we will gather Sundays at 10:00 am. 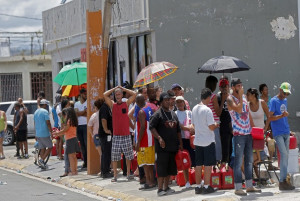 bit of good where you are; it’s those little bits of good put together that overwhelm the world.”

Babylon under Nebuchadnezzar’s rule was pretty impressive: palatial buildings, a vast network of walls, hanging gardens complete with terraces and waterfalls and an array of flora and fauna. It was a centre of learning, culture, and power. Herodotus described it as one of the seven wonders of the world, and contemporaries agreed –  it was pretty impressive. Everyone agreed, that is, except for the vanquished tribes and city states who were forced to pay for the buildings, provide the natural resources, and supply the labour force. From their perspective, Babylon was the evil empire. Nebuchadnezzar’s army attacked Jerusalem in 598 BCE, deported the king and 10,000 of its citizens to Babylon, and then looted the city. Who got carted away? The cream of the crop – the educated, the skilled, the powerful, the youth with bright promise. They were NOT happy: “Why should this happen to us? We haven’t done anything wrong? If this is God’s judgement on our people, why is he punishing us? It’s not fair!” Ezekiel was one of those deported in this brain drain and began his prophetic ministry five years later. In Ezekiel 18, he used a technique known as a “discourse oracle”, reciting and refuting a popular proverb. The popular proverb was “the parents eat sour grapes, and the children’s teeth are set on edge.” Or, “the parents make poor choices, and the children suffer for it.” Ezekiel then refuted this proverb reflecting his peers’ perspective: God wasn’t punishing the “children” for the sins of the fathers. Rather, God holds each individual responsible for his or her own choices. Ezekiel refused to let his fellow exiles play the role of the victim. Then Ezekiel penned God’s challenge back: “You say, the way of the Lord is unfair… Are my ways unfair? Is it not YOUR ways that are unfair?”  “I want all children to live.” “I take delight in the death of no one.” If you read the book of Ezekiel, you get a sense of the complaint made against these 10,000 privileged sons and daughters of God: “But what about you? What are YOU doing to help my children? What are YOU doing to make sure those who are hungry, or thirsty, or widowed, or poor, or enslaved LIVE?” Way before these people of power and promise were carted off into exile, they had become exiled from their true identity as God’s children. Instead of seeking after God’s desires, these leaders and future leaders in commerce, politics, and religion had been caught up in their own status, success, material gain, pleasure and power. Instead of using their privilege to make life better for everyone, particularly those with less power, they were using their privilege to ensure their own interest. They had become like Babylon – ruled by self-interest rather than God’s interests. Now, captive to Babylon and forced to work to increase someone else’s wealth, Ezekiel challenges them to take responsibility for their choices: “Instead of blaming God or your parents, own your choices undermining your deepest, truest self. Repent and turn, so that all might live.” Have you ever been caught in the trap of self-interest?  Lost touch with the needs of people beyond yourself, lost touch with your truest self? What does grace look like when we are exiled from our true selves? The grace of God comes as a deep unsettled feeling in our stomachs, an emptiness, a discomfort disguised as longing in the middle of the night. “If only I had…” The exiles don’t need more to be happy, but less. The way up is the way down. The grace of God comes as an invitation to repent, to return, to change directions.
For me the grace of God this week sounded something like this: “What have you done with the privileges I have given you, Anne? You are willing to spend money on your own children’s education, but what of the children of Puerto Rico who just lost their homes and schools? You will spend $100 dollars taking your family out for a special meal, and yet you balk when it comes to paying $100 towards the relief of someone else’s hunger. You are uncomfortable inside because you are not living with integrity. Your deepest, truest self is lavishly generous. You have been that way before, but lately you have begun to hold on to what you have out of fear of returning to the financial scarcity of the desert. You are forgetting what I taught you in the desert – that I am abundant and will take care of you and your children as you follow me, as you live for me. Turn around. Choose a path that will lead to your well-being, and the well-being of my children.”

Help for Puerto Rico
See links below for a list of vetted charitable organizations on the ground in Puerto Rico. They explain what they are doing, and even have ways to sign up for on-the-ground volunteer work in months to come.

Tuesday Lectio Divina
You are warmly invited to lectio divina group around this week’s lectionary reading. Join Anne at her office in ThirdSpace #1 – 1381 George Street.

Mental Health Workshop
Saturday, November 4, 9:30 am. Regent College is hosting a Mental Health Workshop put on by a group called Sanctuary that helps create communities safe for folk with mental health issues. Contact Pastor Anne if you think you may like to attend with her. “We will engage with stories of individuals who have championed mental health ministries in their churches, giving special focus to the remarkable journey of Cedar Park Church in Ladner.”

Prayer for continued healing and renewal for: Christine, Kate, Anne H., Shirley and Ron Baxter, and all our friends with their hands in Christ’s firm grip.

Calendar
Ongoing: Lectio Divina with the Lectionary: Tuesdays at 9:00 am atThird Space