Passover Seder for the Church at Southpoint at the HendraKostamo house: April 1st, Maundy Thursday. Time to be announced at 6:30pm. Â Bring the whole family! 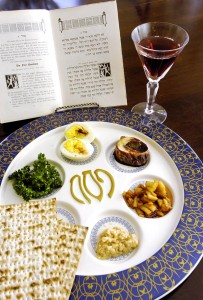 “Passover is the oldest and most important religious festival in Judaism, commemorating God’s deliverance of the Hebrews from slavery in Egypt and his creation of the Israelite people. The festival of Passover begins at sunset on the 14th of Nisan (usually in March or April) and marks the beginning of seven day celebration that includes the Feast of Unleavened Bread. The focal point of Passover is a communal meal, called the Seder (which means “order,” because of the fixed order of service), which is time of rejoicing and celebration at the deliverance for the Hebrews that God accomplished in the exodus.

Passover has traditionally been celebrated in the home with family and friends as they eat a meal together. It is customary to invite guests to share the Seder meal, especially newcomers to the community. The actual Seder meal in most Jewish homes is an elaborate feast, with food, hands on involvement for the children, and plenty of time to tell the story of the Exodus from Egypt.

Passover is really more than a festival. It is an elaborate teaching experience, especially for the children, intended to call people to their identity as the People of God. By using all of the senses, the Passover Seder tells the story of God’s grace in history and calls the participants to experience and share in the story as their own story. A story that gives believers a wonderful picture of what Jesus Christ, our Passover Lamb, has accomplished for us.” (Written by Scott Wylie)